The Power Of RepliGut® In Vitro Intestinal Stem Cell Models

Both current in vitro and in vivo models used in the development of candidate therapies for the treatment of intestinal diseases have severe limitations. RepliGut®, an in vitro human intestinal epithelial stem
cell model, addresses many of these issues and has significant potential to reduce the time and cost of drug development. This model may even help to identify optimal therapies for individual patients. 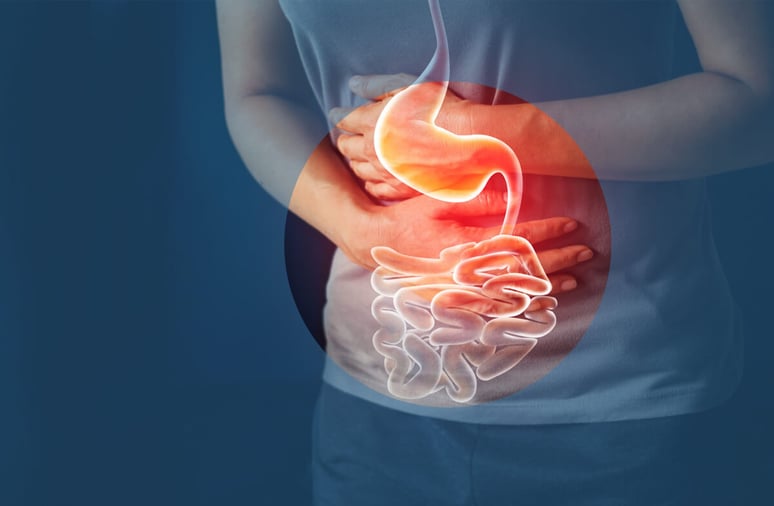 Rodents are commonly used as in vivo animal models of the human intestinal system, but these models do not completely mimic the human intestine, as they fail to recapitulate structural anatomy and lack some of the receptors and cells types found in humans. Of course, humans have a much different lifestyle than mice,
with a varied diet and much longer life spans, making translation of data generated using rodent models to humans very challenging. Dog, pig, and non-human primate models have also been developed, which provide the highest degree of translatability to human response. However, the cost and ethical consequences of these large animal studies often limit them to just a few animals, with results in many cases failing to accurately recapitulate potentially diverse human population responses. With the current in vivo animal models, it is difficult to determine the mechanism of action of physiologic responses that translate to human medicine, as there are too many variables that can confound a researcher’s ability to draw definitive conclusions.

Caco-2 cells are the most commonly used in vitro intestinal model and have become industry standard. While these cells are of human origin, they were originally derived from a colon cancer tumor and are transformed, which may lead to these cells not having the same physiological responses as healthy intestinal cells. Caco-2
cells also only closely resemble an absorptive cell type. While the absorptive cell is critical in intestinal function, other cells types, including goblet and enteroendocrine cells, have been proven to play crucial roles in both homeostatic intestinal functions as well as in the development of disease.

Advantages of Controlled In Vitro Models

Using primary human intestinal epithelial cells to generate in vitro models most accurately recapitulates what is found in vivo. Keeping the cells in their normal state (untransformed) and at low passage numbers provides the best chance for these cells to act like they do in vivo. Upon development of a biobank of these intestinal epithelial cells, researchers can easily investigate cellular responses from different regions of the
intestine, as well as from multiple donors with different demographic backgrounds, resulting in a more robust readout.

The use of a single cell type in vitro model is equally important, as it allows for specific effects to be tested on a single cell type. Rather than using complex models based on diseased tissue, particularly for diseases
where the etiology is not yet well understood, it is better to take a stepwise approach and evaluate one variable at a time. Considering that the intestinal epithelium is the most integral cell type both to protect the body from ingested toxins and bacteria as well as to absorb luminal contents, it is a good place to start to
look at exogenous compound effects. After first understanding the effects on the intestinal epithelium, other cell types, cytokines, and architecture can be added to make the model more complex.

Altis Biosystems has developed an in vitro model system, called RepliGut® Planar, to investigate the human intestinal epithelium. Our RepliGut® product has a epithelial cell monolayer that generates a functional, impermeable barrier on a Transwell insert. This single cell type model allows for investigation into the physiology of intestinal epithelial cells as proliferative stem or differentiated cell types, depending on the researchers’ interest. Of course, we can build a more complex model with the addition of other cell types, including immune cells, fibroblasts, and bacteria. Our Transwell system allows for the side-specific addition of factors. For example, immune cells can be added either to the apical side, where they can intercalate into the monolayer, or to the basal side, where their cytokine secretions can interact with receptors on
the basal side of the monolayer. We can also sample the cell culture supernatants to investigate epithelial responses; for example, by adding bacteria to the apical side of the Transwell and measuring basal cytokine secretions from the monolayer.

The RepliGut® platform also presents a unique opportunity to provide a more relevant in vitro model with non-human cells. In vitro animal models would drastically reduce the need for in vivo animal studies for human drug development, as well as provide an invaluable tool as for the development of agricultural and veterinary medicines. In vitro animal studies could be completed more rapidly at less cost than traditional in vivo approaches. The RepliGut® technology was initially developed with mouse cells and could be applied to other animals as well.

One of the unique advantages that Altis has is a biobank of cells sourced from organ donors. We have generated a biobank of intestinal epithelial stem cells from multiple donors, with cells from each donor individually isolated from the six regions of the whole intestine (duodenum, jejunum, ileum, ascending colon, transverse colon, and descending colon). This biobank is continually expanding to include donors of different
sexes, ages, and backgrounds for more robust modeling of the human population. Since we obtain the entire organ, it is also possible to isolate donor-matched immune cells, endothelial cells, epithelial cells, fibroblasts, and fecal microbiota from a single donor to build a comprehensive model.

A key feature of our biobank is our proprietary methods to isolate and generate large quantities of intestinal epithelial stem cells at low passage numbers. This allows researchers to test cells isolated from the same donor and region of the intestine over long study timelines. What I find most exciting is that the RepliGut® technology could also be utilized to develop advanced in vitro models constructed using patient-derived biopsy samples from diseased tissue for high-throughput screening of patient-specific responses to different drugs. This approach would allow identification of the best therapies for each patient without subjecting them to extensive rounds of unsuccessful treatments.

In the meantime, Altis continues to develop different biologic and engineered platforms for investigating specific cell types/lineages both in a flat monolayer and in architecturally advanced models.

Biologic models in development include monolayers that have been enhanced for mucous-secreting goblet cells or hormone-secreting enteroendocrine cells to facilitate investigation on these sub-populations of differentiated cells. Additionally, co-cultures with integral cell types, including fibroblasts, immune cells, and
bacteria, are also in development. Engineered models in development include a three-dimensional scaffold that recapitulates the topographic complexity of the human intestinal mucosa that contains crypts. The intestinal epithelium in these micromolded crypts follow the influence of generated gradients to form zones
of proliferative and differentiated cells, allowing for the investigation into both cell types simultaneously.

Even with our current RepliGut® model, we are starting with a simple monolayer with the ability to answer a range of simple to complex scientific questions. We have the unique ability to increase the complexity in a controlled manner, which helps researchers explore mechanism of action for more accurate drug discovery. As we work with more clients on their wide-ranging, unique projects, we are building our knowledge and beginning to answer some of the tough questions surround the intestinal epithelium that cannot be addressed using conventional in vivo and in vitro models.