Gastrointestinal (GI) issues are common side effects of many drugs. Anticipating such side effects before clinical trials is limited by a lack of effective models for evaluating preclinical candidates for their potential to cause diarrhea, nausea, and other gut-related side effects. With its RepliGut® in vitro human intestinal model, Altis Biosystems is developing a system that could help pharma companies identify GI toxicity issues early in the drug development process. 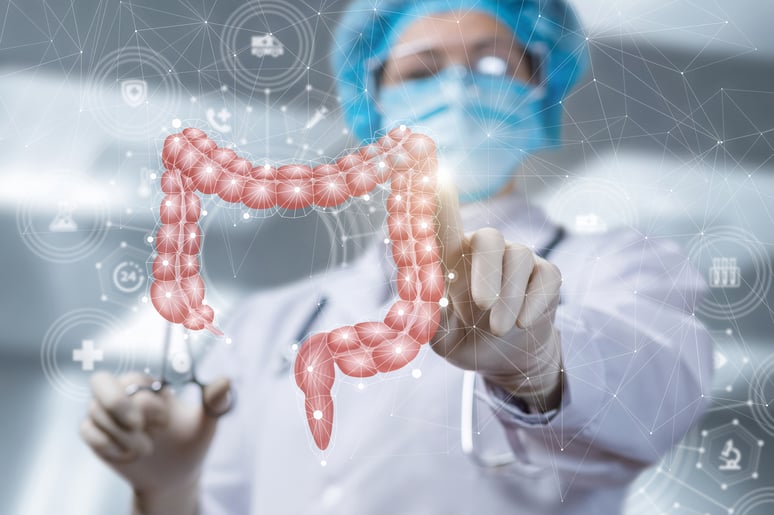 Gut toxicities are fairly prevalent, comprising five of the top 12 adverse events of approved drugs. Even for healthy people with normally functioning intestinal systems, drugs can have a dramatic influence, leading to serious problems. Gut toxicities are one of the least likely reasons to halt development of a candidate drug.

Medicines from all different drug classes have been associated with gut toxicities. It is therefore difficult to predict if a drug substance will cause nausea, diarrhea, abdominal distress, constipation, or other symptoms resulting from gut toxicities.

The lack of data means there are no effective in silico models available, and there currently are no good in vitro models for testing either. Occasionally, pharma companies will conduct GI toxicity tests in animals, but the digestive systems of rats and dogs are significantly different from that of humans, and the results are not very predictive. Some correlations have been made in studies conducted with nonhuman primates, but there are ethical concerns with these tests, and they are expensive to run. In addition, they are generally conducted at a point in the development process where it is too late to redesign the molecule should gut toxicities be discovered.

As a result, candidates generally progress through the various development stages even if they are known to cause diarrhea, constipation, or other gut issues. Changes in dosage may eliminate some problems. Other drugs are administered in combination with a palliative treatment, like an antidiarrheal compound.

Overall, however, gut toxicities affect quality of life and can create patient compliance issues, which in turn reduce the efficacy of medicines. There is consequently a real need for a model that can be used at the lead selection stage to determine whether drug candidates present gut toxicities.

Developing an In Vitro Model for GI Toxicities

Adverse gastrointestinal effects are more complicated and nuanced and require complex readouts than cannot be obtained from a simple planar model. There are some published studies on the use of test groups of compounds for assessing gut-based side effects, including nausea and diarrhea. The presence and concentrations of these compounds indicate the clinical incidence frequency for a given drug, as well as its maximum concentration in the bloodstream.

Using the test groups, it is possible to validate in vitro models and provide in vitro/in vivo correlations for the specific readouts of those models. First, appropriate readouts based on the mechanisms of gut side effects must be developed.

Organoids are promising three-dimensional model systems, but unfortunately they are basically like cysts and the lumen is located in the interior, making it difficult to study the impact of direction.

RepliGut® as a model for assessing GI Toxicity

The RepliGut® model from Altis Biosystems as it currently exists is an effective in vitro model for assessing the potential of drug candidates to cause diarrhea. With polarized cells having apical and basal membrane domains, it can provide information about the impact of directional flow. RepliGut® has also been developed with readouts based on the mechanisms involved in diarrhea, which essentially results from barrier disruption in the gut. Two examples include measurement of transepithelial electrical resistance (TEER) values and permeability (using fluorescently labeled molecules).

For other GI issues, we do not yet know how nuanced the readouts from RepliGut® may eventually become. The mechanisms of side effects like nausea are much more complex. While RepliGut® has multiple cell types, they are only intestinal epithelial cell types. We do not yet have commercial systems that include immunomodulatory, nerve, and other cells that are involved in signal transmission and other important functions relevant to GI toxicities.

The potential for RepliGut® is very promising, however, and Altis is working to develop models that contain many different 3-D structures and the various cell types present in the gut in vivo. Ultimately, the goal is to have different models for each of the different GI issues, enabling drug developers to determine if a candidate may potentially have problems in the clinic.

Using our current RepliGut® system for screening drug candidates for their potential to cause diarrhea is fairly simple. It takes approximal 10 days to culture and run a set of studies. During the culture phase, cells are expanded on Transwell plates until confluent and then differentiated to recapitulate the barrier function in the gut. At this point, the system has tight junctions that behave as they would in vivo, and therefore, have low permeability and high TEER values.

Studies are conducted using 96-well plates, and each compound is typically run in triplicate. When the format of the final drug product has not been determined, the model is dosed on both the apical and basal sides separately and/or simultaneously. In some cases, multiple dosing levels are required. The total number of assays for a given compound determines how many different candidates can be screened on a given plate.

In addition to TEER and permeability readouts, which are nondestructive, we may also conduct destructive assays, such as for changes in gene expression, which requires cell lysis, and immunohistochemistry, which requires cell fixation. In some cases, we may also run ELISA assays on the supernatant and look for cytokine release in the basal or apical compartments and other tests. The types of readouts required determines the number of experiments (plates) that must be run simultaneously. Typically, results are obtained within two weeks of culture initiation but may extend to three weeks depending on the assays being performed.

Expanding beyond intestinal epithelial cells is important for broadening the applicability of the RepliGut® system for drug screening. Altis is thus working on coculturing other cell types that are also isolated from the same donors as the epithelial cells. The overall intent is to make the results more physiological. Throughput is not our primary focus, because we are already using 96-well plates, and we are focused on application of the model at the preclinical stage where tens, rather than thousands of compounds, are being screened in order to identify a lead candidate. However, we are always evaluating the means to improve the quality of the data.

In addition to adding other cell types, we are also pursuing models to replicate the full 3D architecture of the intestine. One of our biomedical engineers is developing what we refer to as a “3D crypt model” that mimics the villi and crypts in the gut, creating texture. By forming gradients of nutrients from the top to the bottom in the crypt, we have been able to observe stem cells at the bottom and differentiated cells at the top, indicating that this model recapitulates the cell renewal and differentiation capacity of the gut in vivo.

This approach differs from the planar model, where cell expansions and differentiation occur in two phases. The challenge now is to develop effective readouts for this three-dimensional model, which we are currently pursuing. While this approach would lead to an overall decrease in throughput, the granularity into the impacts of processes by having differentiated and expanding cells together has a very high value, because it should give in vitro results that correlate well with in vivo data.

Another project designed to access more physiological results involves development of a mucus model. The mucus layer protects the epithelial cells and may protect the gut from the toxicity of some drug compounds. In the current RepliGut® system, liquid is on the top in the apical compartment, and when the cells secrete mucus, it tends to float away into the media. In the gut, the lumen is dry for the most part with no liquid flowing through it, because the mucus layer is robust. In our new air–liquid interface model, mucus secreted by the cells accumulates to form a mucus layer. This system could be helpful in modeling the absorption of drugs. We are hoping to be able to show a better correlation with uptake in humans by having this mucus layer present in the model.

Altis is also developing a model that has an anaerobic apical compartment. In this system, once the cells are expanded and differentiated, the apical compartment is blocked off and becomes devoid of oxygen, allowing the coculture of bacteria on top of the cells. The intestinal cells, however, still get oxygen through the basal compartment through oxygenated media at the bottom of the wells. We believe this system will be useful for microbiome research.

RepliGut® is mostly being used for one-time analysis and has not yet been widely applied to the screening of preclinical candidates. Altis is actively working towards this goal. We have collaborated with AstraZeneca to evaluate three chemotherapeutic agents, with RepliGut® results showing good correlation with in vivo data.

Our next steps include performing an exhaustive screen of compounds with known clinical incidences of diarrhea to determine how the change in barrier function in the RepliGut® model demonstrates firm in vitro/in vivo correlation. Once we have established a stronger validation package, we expect uptake of the RepliGut® system for preclinical candidate assessment.